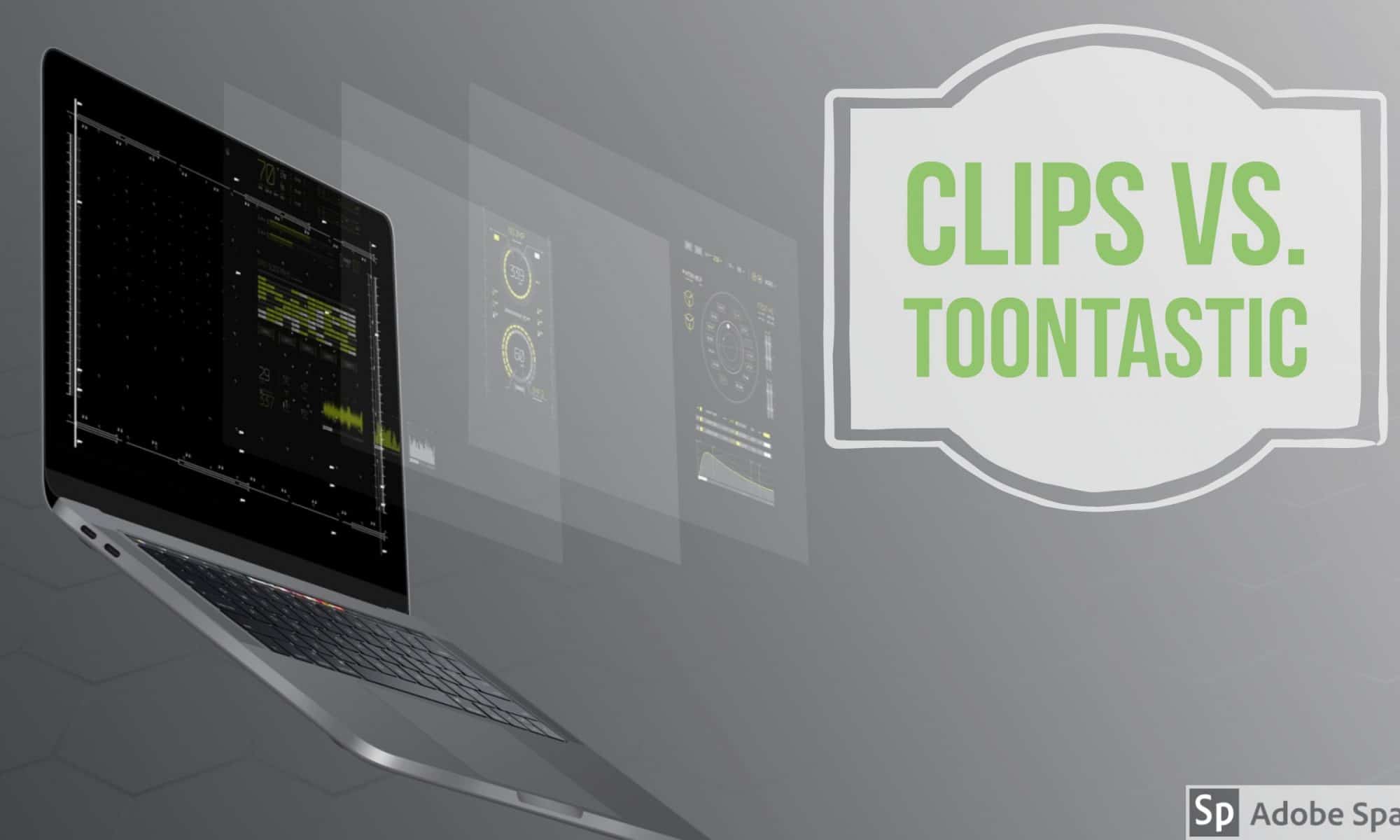 In last Wednesday’s class we took a look at Adobe Spark Video, Toontastic, and Clips. I didn’t really mess around with the former, so I’m going to compare the classroom compatibility of the other two.

Clips is a fairly simple app that allows you to take and edit short videos. It features camera filters as well as animated stickers that can be inserted that can be applied your videos. In addition, the app sports a number of pre-recorded intros, text of varying fonts can be pasted over footage, and there are some minor film cutting tools… But that seems to be about it. It lacks a lot of more in-depth features such as sound editing, cutting clips in half, or even allowing for landscape videos. Additionally, I feel like the software of Clips was a little clunky in of itself. Buttons had oddly placed hitboxes or were slow to respond. All in all it’s an ok app for taking short videos, but I wouldn’t recommend it for much educational use.

Toontastic, on the other hand, seems like a great pick for an app to let younger students express their creativity in a constructive manner. Essentially Toontastic provides visual resources such as animated characters and settings, project structuring, and themed music to help students create their own movies. The app has a wide array of interesting features, like the ability to 3d render your own drawings or the ability to interact with certain parts of the scenery. Furthermore the app sports an intuitive GUI  and utilizes your tablet’s microphone to record users’ dialogue. Toontastic seems to be a very well put together app geared towards younger audiences with plenty of opportunities for classroom use.

All in all I’d definitely recommend Toontastic and would suggest against using Clips. They cover different things and seem to appeal to different audiences so I can’t really compare them for use in the same classroom, but Toontastic has many more features and seems much more refined while clips seems almost like a project someone made and then forgot about.

3 Replies to “Clips Vs. Toontastic”